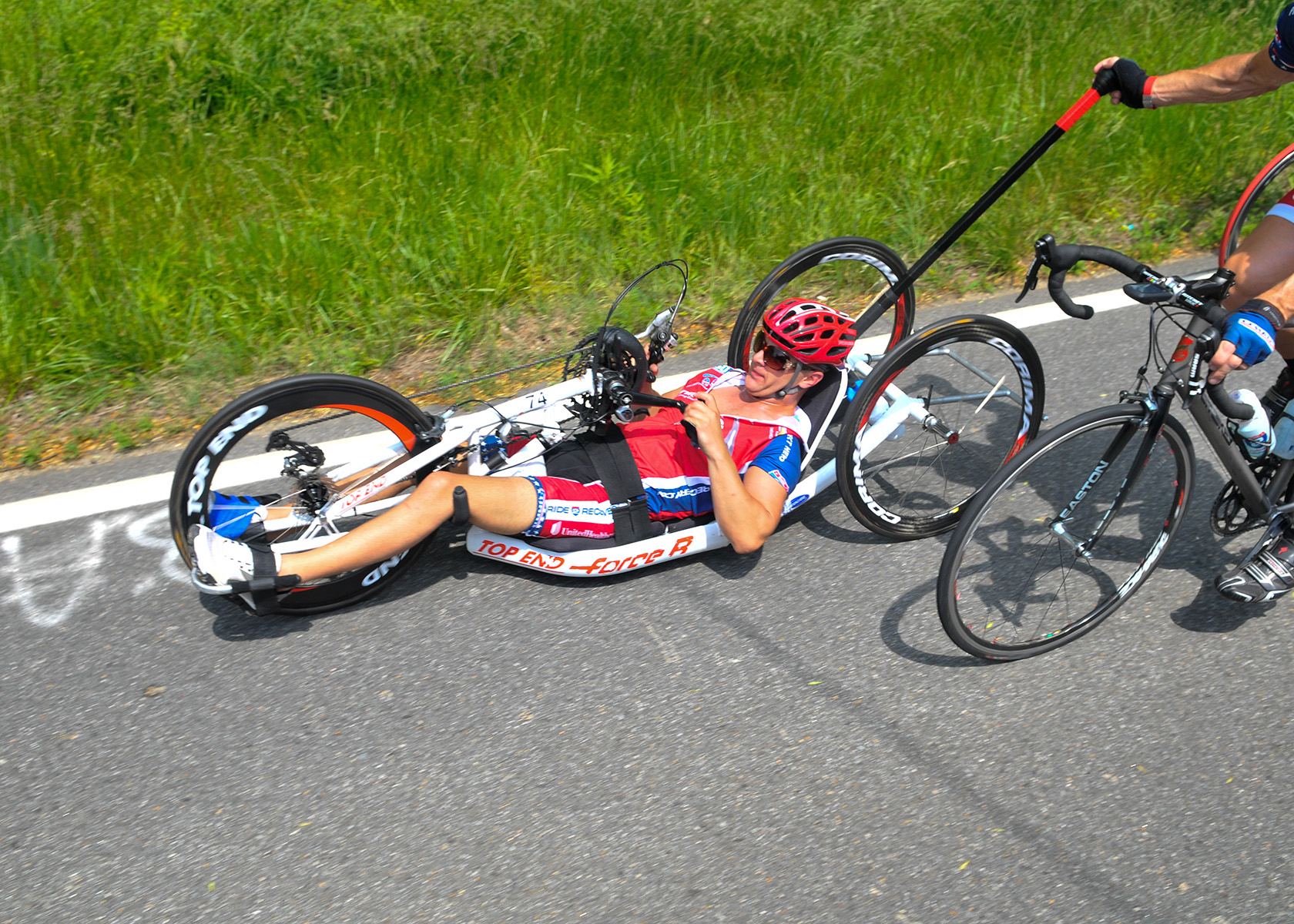 Nathan DeWalt, paralyzed from the waist down in a motorcycle accident while awaiting deployment to Afghanistan, is facing his new challenges with determination. His plans in the U.S. Navy included the military's Protective Services and possibly qualifying for SEAL training, but the car that hit him in July 2008 has left him unable to serve.

Though his spinal cord was severed at the T3 vertebra when he was struck by a vehicle while on his motorcycle, Nathan has not let that dampen his love of athletics.  He is an avid athlete and participated in many Navy Morale, Welfare, and Recreation events.  He recently competed in the 50-meter backstroke at the inaugural Warrior Games at the Olympic Training Center in Colorado Springs.

Nate has also found a new challenge in a hand cycle.  He joined his first Ride 2 Recovery Challenge in 2010 riding 430 miles from Edina, Minnesota to Milwaukee, Wisconsin in six days.  He has since completed R2R cycling events in Florida, France, Texas, and California.  He was among a small group who added about 400 miles to the 9.11 Challenge - from Ground Zero to Shanksville to the Pentagon – to make it actually 911 miles in two weeks.

In addition to his cycling training, he also lifts weights and swims.  In 2011, he competed in the Warrior Games in track including the 100-, 200- and 800-yard events dash and the shot put.  He earned two silver and two bronze medals for the Navy team.

When Nathan woke up in the Jersey Shore Medical Center in 2008, he couldn't move his legs. From that day he regained consciousness, he said, "I came to terms with my injury. I never thought, 'Why me?' This is just me. This is the rest of my life.”

"It's weird," Nate said. "I can't really describe it. I'm the same person. I don't feel any different than I did before. I just know I can't move my lower body."

His injury has altered his plans, but he is already taking college courses and he hopes to help others who are in his position; talking about staying positive.

With his determination, positive attitude and winning personality, Nate can do pretty much what he sets his mind to.