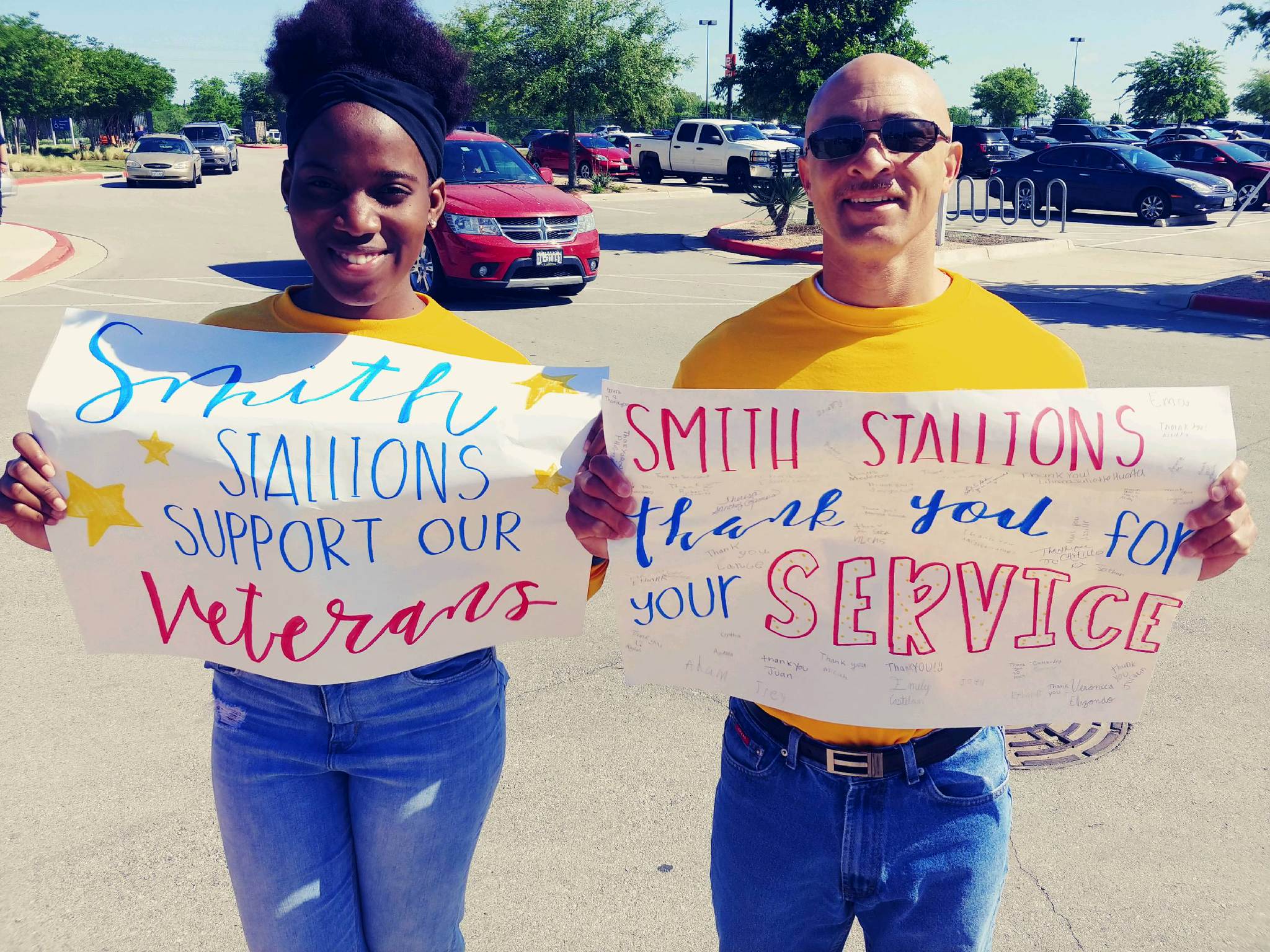 Day two of the 2018 UnitedHealthcare Texas Challenge was just that -- a true challenge.  Today’s 64-mile ride from Austin to Georgetown was punctuated by high winds and the rolling hills of Austin. When the Challenges are the hardest, the adversity brings out the best of our riders who support each other, against the wind and up the steep hills of our trek today through the Lone Star state.

No visit by Project Hero to Texas would be complete without our traditional lunch at Wayne Fueling Systems.  Joined by Wayne parent company Dover President Bill Spurgeon, we enjoyed a delicious lunch at the Wayne campus highlighted by snow cones -- always a Project Hero rider favorite.  We were also joined by Wayne’s President David Crouse and the Wayne employees, who came out to support us.

Our evening was also highlighted by a truly special honor: Allan Bergeron, who rode with us in our first Texas Challenge a decade ago, is one of the leaders of the Austin Military Veterans Program.  In addition to gracious remarks of support, he presented us with an announcement proclaiming April 17, 2018 as Project Hero Day in Austin!

This year’s UnitedHealthcare Texas Challenge has featured the return of several riders who have been with us in the past, stepped away for a few years, and have come back to our family.  One of those riders is Robert Nuttall from Houston.  A veteran who served 17 years, Rob was an MP in the Army and was deployed to Iraq.

Rob is riding his fourth Challenge but was unable to join us last year due to family issues.  He’s back this year and the support he received from his Project Hero family during that time made a huge difference in his decision.  “I was called and I was supported during a tough time for me,” he said.  “You don’t forget those things.”

“I get inspired by seeing veterans push themselves and achieve so much, it really puts things into perspective,” he said.  “I know that my cup is full.  The riders come to help each other and the esprit de corps is so medicinal.”

Among Rob’s Project Hero highlights is the impact the organization had on Rob and his wife during their trip to France for our Normandy Challenge.  “It was epic, it was awesome!” he said.  “I have to thank JW and Project Hero, it was truly the trip of a lifetime for us.”

Rob is a strong rider and an even stronger supporter of Project Hero.  “You can go a dark place pretty easily,” he said, “but through social media and reaching out, there is always someone there.  Even though you’re not with the Project Hero family, you’re not alone.  People are there to help you the whole way and they won’t let you fail.”

It’s great to have you with us, Rob, welcome back!

Tomorrow we leave Georgetown for a 45-mile trek to Killeen, where we will enjoy our annual dinner at the Great Place - Ft. Hood.