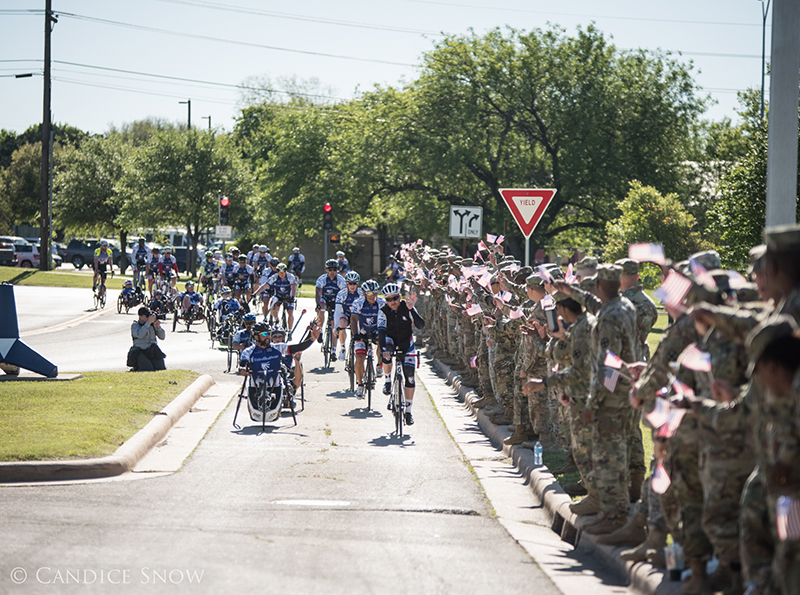 The last two days of this year's UnitedHealthcare Texas Challenge featured a new southbound journey to Houston. One of the major hub cities of our official travel partner, United Airlines, it has hosted the start for the 3 years.

We left Waco to head towards a finish near College Station and a dinner date at the George HW Bush Library. The ride finished at Camp Hearne, one of the most unique places our Challenges have visited.  Camp Hearne served as a POW camp in World War II, housing thousands of German, Italian and Japanese soldiers from 1942-1946.  Today only one barrack stands where dozens once stood, serving as a museum filled with a captivating collection of wartime paraphernalia, items created by the POWs and World War II documents, newspapers and items with fascinating historical significance. 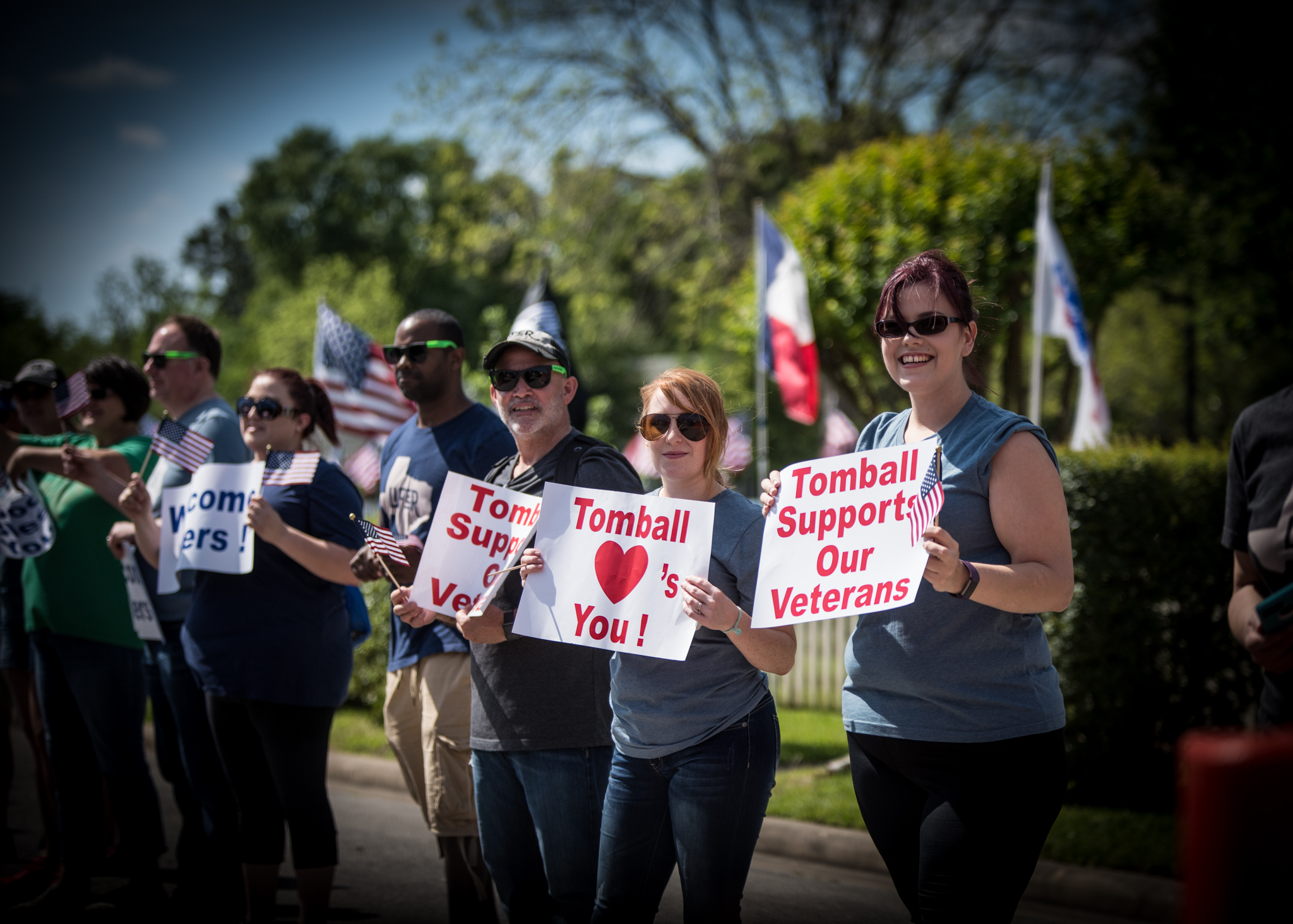 Among our participants in the 2017 Texas Challenge are several local riders, including Joe Keiser, who lives in Killeen stationed at Fort Hood.  A Staff Sergeant currently serving as an Instructor at the Fort Hood Air Assault School under the 3 Corps Phantom Academy, Joe met soldiers with whom he served in deployment overseas at our ride through Fort Hood and in San Antonio.  His first experience with Ride 2 Recovery was the Memorial Challenge in 2015 and remarkably, it was also his first experience riding a bike.

This year’s Texas Challenge is the first he has ridden since the 2015 Memorial challenge. “This year I’m sitting back a lot more instead of pushing my limits like I did the first time.  This time I’ve enjoyed helping new riders as much as I can, either pushing over hills or helping them know when to shift, just as I learned from Wayne and Jayme Brown.”

Our final day of riding the Texas Challenge started beside sparkling Lake Conroe in Montgomery under clear and sunny skies. We rode around the lake and towards the town of Tomball.  Cheered on by members of the community we ate lunch at the Tomball Depot, where we make our annual stop with the cities mayor.

Although we were sad to end such a great week of cycling, it was nice to arrive at the hotel and reunite with our great team of volunteers and friends from UnitedHealthcare who cheered us as we arrived to conclude the Texas Challenge.   Kudos to Edwin “Paco” 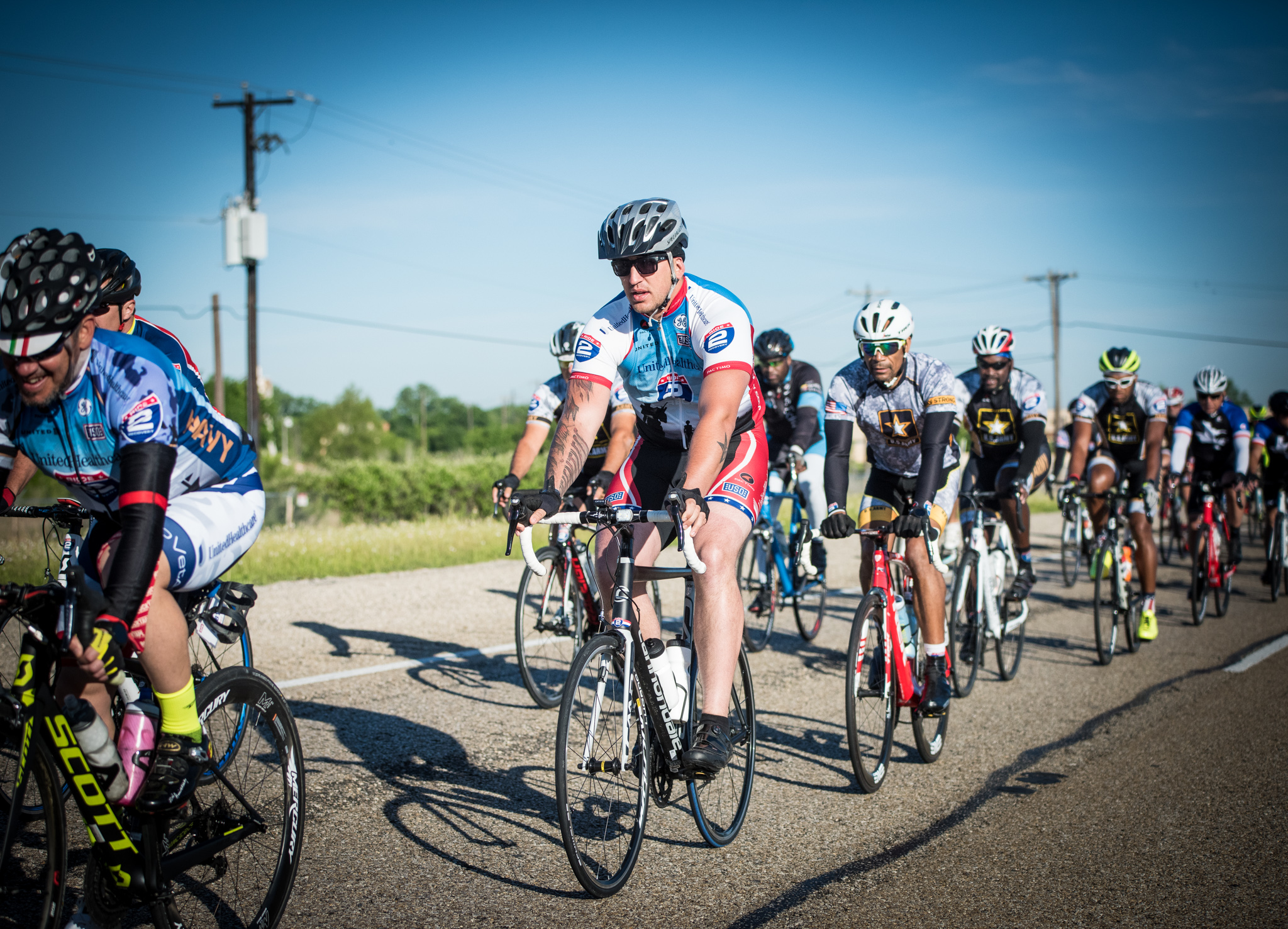 Williams and Rick Wade for doing such a great job with our baggage throughout the week and making things so easy for us at the end of every day’s ride.  Special thanks also go to Brittany Powelesson from UnitedHealthcare for all her support and for organizing UnitedHealthcare volunteers at lunch and rest stops and hotels throughout the ride.
Congresswoman Sheila Jackson Lee joined us at the hotel and, in addition to accepting a signed Women’s Initiative jersey, presented us with a Congressional Resolution recognizing Project Hero for our work supporting our healing heroes.

The engineering mind of the PTSD trigger predictor algorithym part of the HEROTrak, Dr. Farzan Sosangohar of Texas A&M, also joined us at the hotel and spoke with our riders about the device and their experiences using it.  Dr. Sosangohar was clearly moved by the positive comments about the device and was especially interested in improvements suggested by the riders.  Dr. Sosangohar collected the HEROTrak devices and will be downloading the data from them this week; then we will make some changes and get ready for the next round of testing of the HEROTrak at Memorial Challenge ride.

The 2017 Texas Challenge was a success due to the efforts of our great staffers, dedicated American Legion riders, dozens of police and sheriff who escorted us, our friends at UnitedHealthcare and the USO and especially our great participants.
Be safe on the roads and trails and we’ll see you In Washington D.C for the 2017 Memorial Challenge starting May 29!