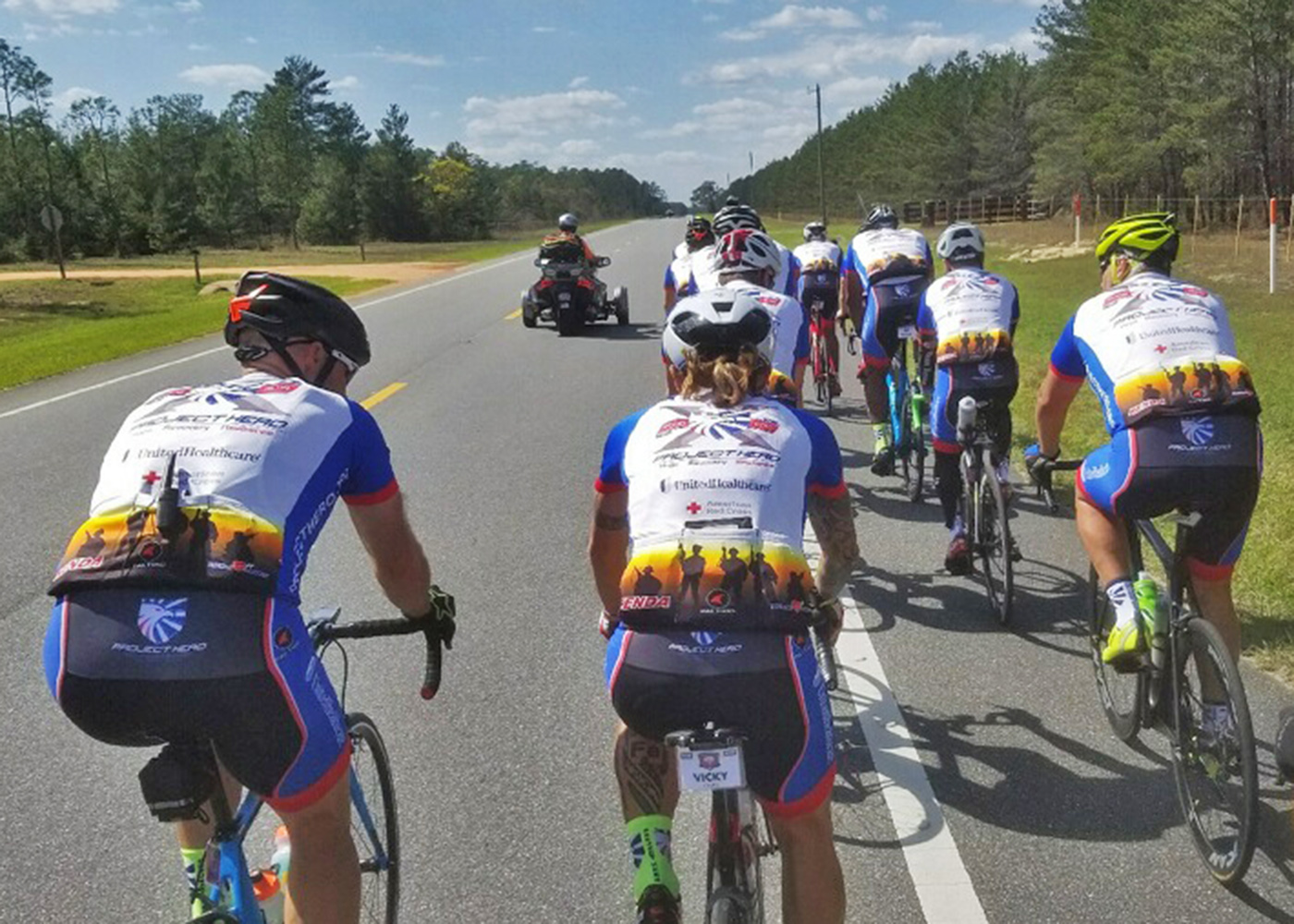 Weather was the big topic as the second day of the UnitedHealthcare Gulf Coast Challenge began under cloudy skies in Panama City.  We started our ride to Ft. Walton Beach looking forward to riding in the rain.

As we rode past the home of spring beakers, the sky darkened and the rain really started coming down. But if there is anything that brings out the best of Project Hero riders, it is adversity.  Every member of our family has faced significant obstacles in their lives, all far greater than a little rain -- or in this case pretty heavy rain, we just put on our rain gear and kept going!

This is the first Challenge of the year and for quite a few riders, their first Challenge in more than 3 years. Eric Murray is one of our favorite riders in the Project Hero family and we are glad he has returned this year to join us on the UnitedHealthcare Gulf Coast Challenge.  Eric is a Marine and Army Veteran originally from Ramona, CA (he refuses to admit to being from tony Temecula) and currently resides in Phoenix City, AL.  He was a highly-rated baseball player and even earned a try-out with his favorite team, the Los Angeles Dodgers.

While serving our nation, Eric was deployed four times, once into combat where in September of 2006 he was the victim of an IED.  He was pronounced dead three times yet survived and after several years of personal challenges, he learned about Project Hero while at Fort Eustice.  He decided to try it out and signed up for the Minuteman Challenge.  The 2018 UnitedHealthcare Gulf Coast Challenge is his seventh Challenge ride with us.

“All of them stand out for me because of the friends I have made and the positive experiences I have had have helped me,” he said.  “Project Hero is more organized today than in the past, especially things like the Plan of the Day, which I really like.”

Eric’s heart is in the right place when it comes to Project Hero: he wants us to do more for the communities in which we finish our rides.  “I really liked what we did in Houston after the hurricane after one of our Texas Challenges and I like contributing to the places we ride into,” he said.

Tomorrow we ride from Fort Walton to Orange Beach AL.