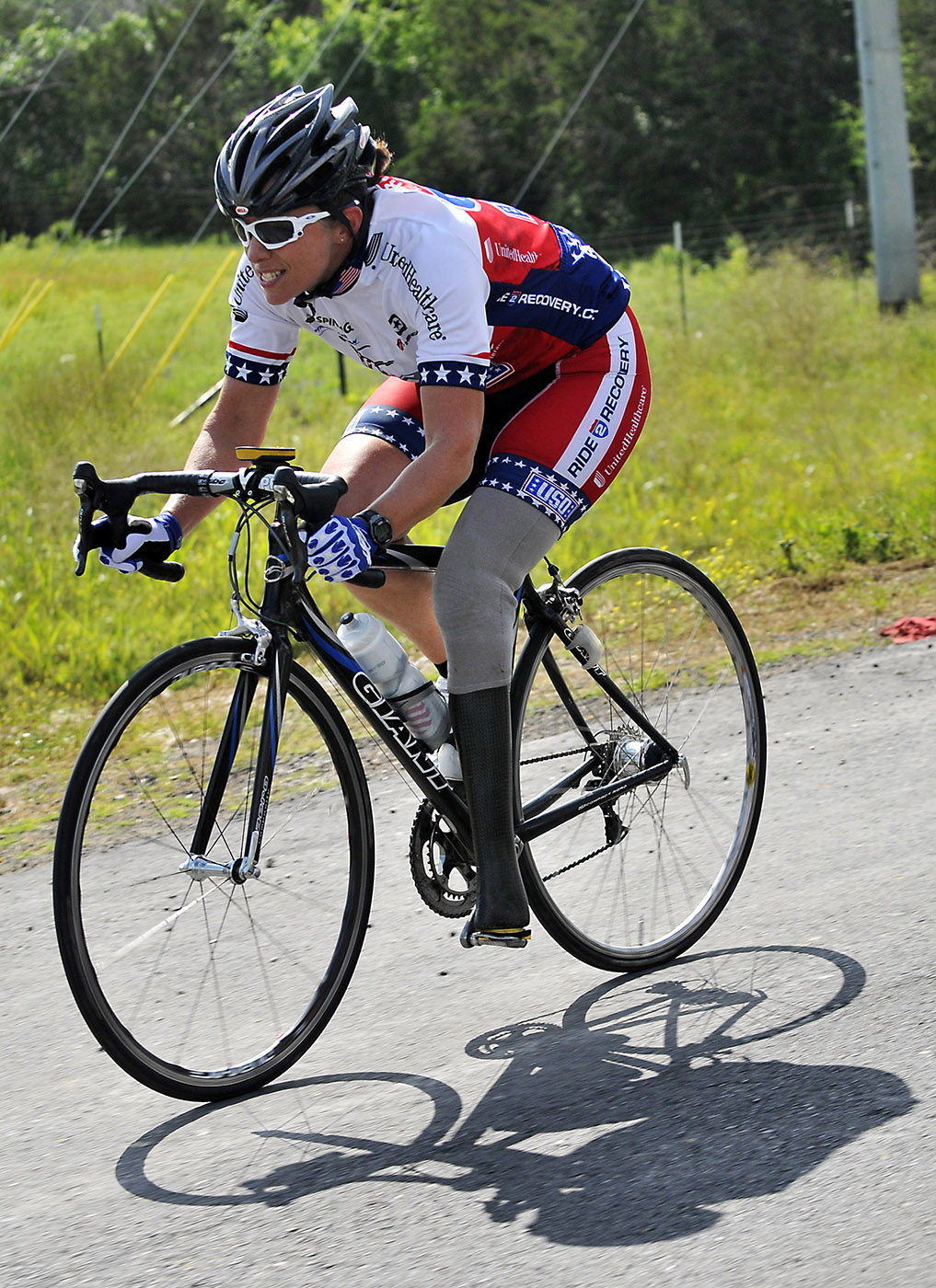 U.S. Army Lieutenant Colonel Patricia S. Collins was a remarkable soldier and athlete long before her life was changed forever.  Since that day, she has exceeded her own high standards.

Patty, a distinguished paratrooper with hundreds of jumps to her credit, has had two special duty missions in Iraq.  She is also the mother of Gabe, an energetic three-year-old whose smile is the mirror of his mom’s.  An avid cyclist, swimmer and runner, she carries herself with the sure posture of a career military officer.

Upon her return from her last Iraq tour, Patty was cycling with friends when she was struck by a car. Her left leg was severely damaged and was later amputated below her knee.

An accident like that would knock down the faith and future of anyone, but Patty has soldiered on with even more dedication to serving her country, her family and her athletic pursuits.

Patty was drawn to Road 2 Recovery because she had been down that road herself. Riding with R2R made her realize that “although I may not ride as strong as I used to, the same feelings and endorphins and camaraderie with fellow cyclists is the same as it ever was, and it’s really nice to have that back.  It gave me confidence to continue to dream of physical challenges again.”

A veteran of R2R’s epic San Francisco to Los Angeles ride in 2008, Patty is enthusiastic about the great people she’s met on the road and in the countless meetings that help the program expand to meet the needs of those who have given their nation so much.

“As a veteran, Road 2 Recovery has given me a sense of belonging and brotherhood with those who are experiencing or have experienced similar injuries/rehab struggles, etc., to show recovering people what positive things may lie ahead for them. If they can show themselves they can complete these rides, the sky is the limit."

“As a supporter of our troops, seeing the tenacity of what a service-members can overcome is an inspiration and showing them how supportive and patriotic Americans can be, is a refreshing experience of the goodness and humanity of my fellow men and women.”