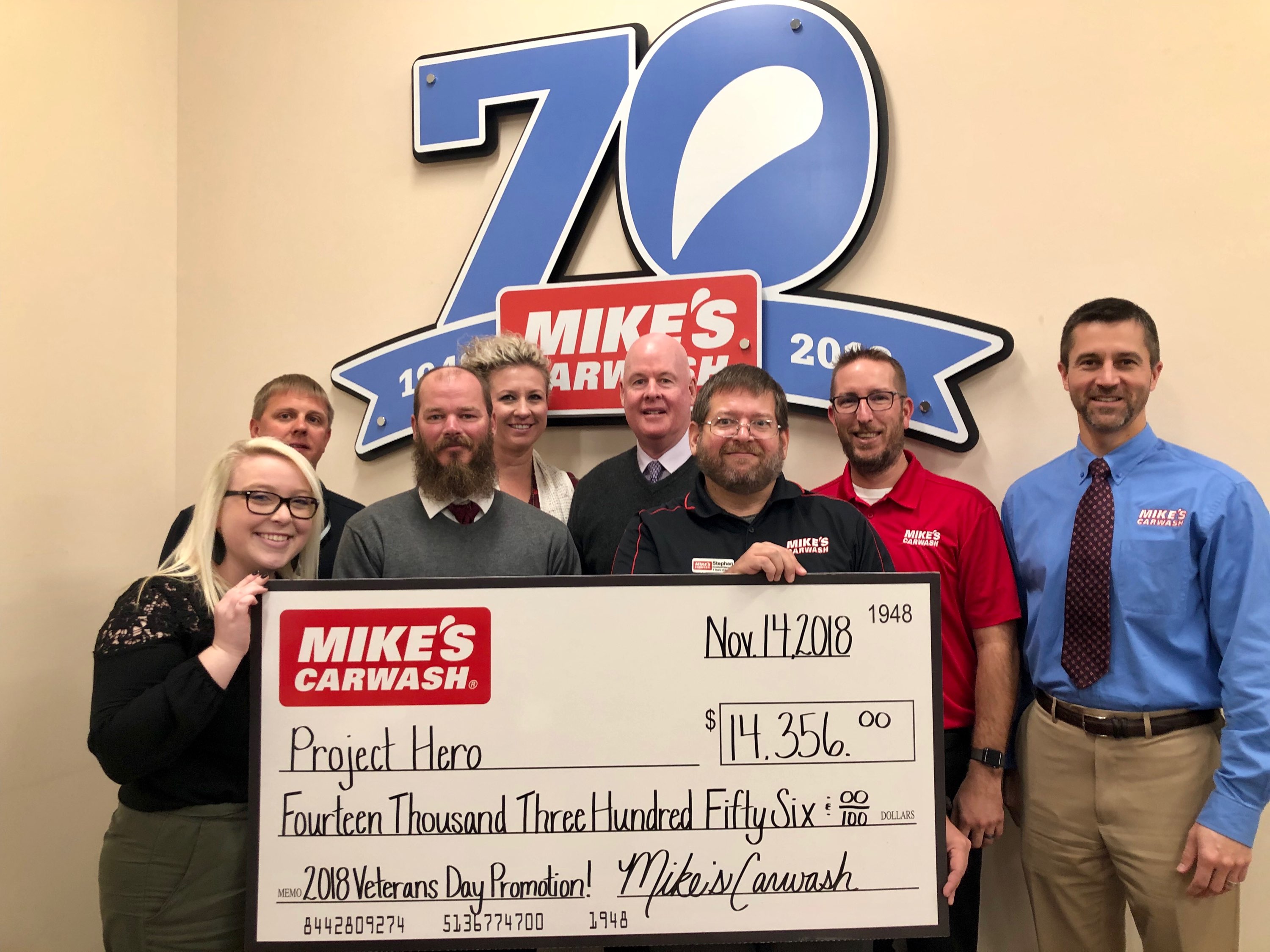 MIKE'S CARWASH donates over $14K to Project Hero
Mike's Carwash hosted their third annual 'A Wash With Thanks' fundraiser on Sunday, November 11 resulting in a donation of $14,356 to Project Hero.
In honor of Veterans Day, all 23 Mike's Carwash locations gave away free Basic Washes to veterans and active military members. Veterans were also given the option to upgrade to the Ultimate Wash for just $5 with the proceeds donated back to Project Hero.
"A free carwash is just a small token of our appreciation to all the brave men and women of the United States Armed Forces," says Mike Dahm, President of Mike's Carwash. "Thank you to all the veterans, active military members and customers that came through our locations on Sunday and supported Project Hero with a donation."
“The outstanding support Project Hero has received from the third ‘A Wash With Thanks’ event will make a difference in the lives of our nation’s healing heroes,” said Todd Setter, Chief Operating Officer of Project Hero. “We honor, congratulate and thank Mike’s Carwash and the communities that came out to support those who serve our nation and Project Hero as part of this great annual Veterans Day event.”
Project Hero is a groundbreaking national non-profit organization dedicated to helping Veterans and First Responders affected by PTSD, TBI and injury restore hope, recovery, and resilience in their daily lives and increasing awareness of the national mental health crisis posed by PTSD and TBI.
Founded in Fort Wayne, Indiana in 1948, Mike's Carwash is headquartered in Loveland, Ohio. The company is known for its state-of-the-art carwash technology, friendly customer service and its dedication to the communities it serves. Mike's has 22 locations in Evansville, Fort Wayne, Jeffersonville and Mishawaka, IN, Cincinnati and Dayton, OH, Florence and Louisville, KY.