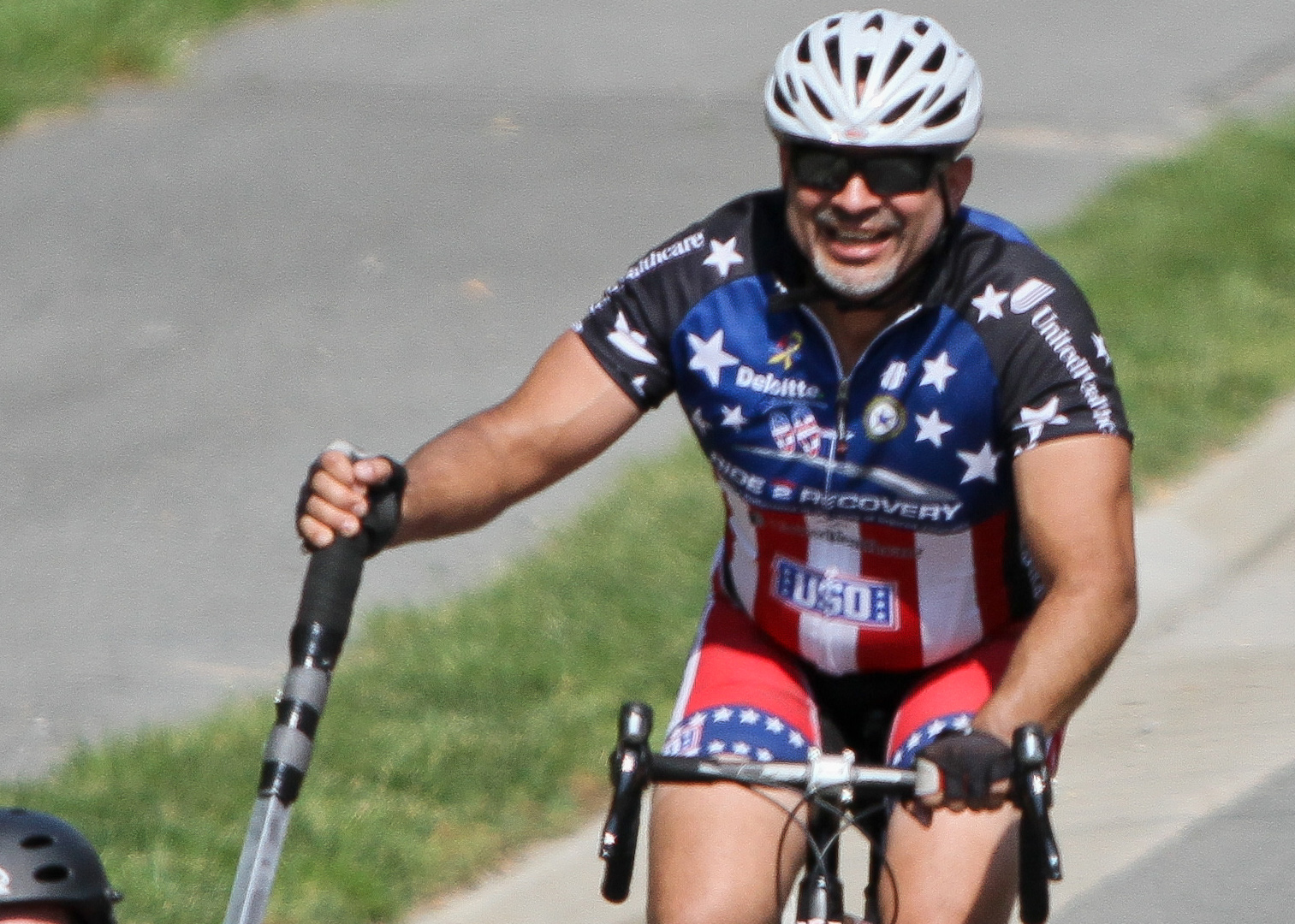 Formally a competitive runner, U.S. Marine Staff Sergeant Nick Lerma had to find a new outlet for his physical and mental rehabilitation after he was injured several times while serving in Afghanistan and Iraq.  At the urging of Gil Ramirez, Palo Alto Veterans Affairs, Nick reluctantly agreed to give cycling a try.

“My time at the PTSD program was a rebirth. I learned how to look at life again, not for what I no longer had, but for what I could have and did have. The bike played a huge part of that; it was a visible symbol of what I could still do. When I got on a bike, it was proof that I wasn't physically limited, that I could still do something besides running.  Now I go on 50-mile bike rides. I think about the friends I knew and the things I’ve been through and I ride the next mile for them and for me.”

Nick, like so many other veterans, suffers from PTSD.  He has learned coping strategies, but it is something he will live with throughout his life.  Setting off on a 25-50 mile bike ride allows him to clear his mind while giving him that physical outlet and mental break he needs.

Instead of retreating deeper within, Nick pushes himself to interact with family, friends, and even strangers.  He and his son, Brandon, have found that cycling is a common bond.  They train together and Brandon has joined his father on several of the Ride to Recovery Challenges.

Since his first Ride 2 Recovery Challenge in 2008, Nick has become a mentor for many other injured veterans on the rides.  A 350-mile ride in six days breaks riders down and then builds them back up.  It is an individual sense of accomplishment for each rider, and it’s not just physically being able to pedal for that many miles.

Nick knows how important it is to interact with others and he is willing to share some of his experiences with other riders.  Finding common ground during a conversation while riding or hanging out at the end of the day can let someone know that they are not the only one struggling with leftover issues.

“We all have the same story,” Nick said. “I mean we have different levels of injury, not just physical but mental, but out on the rides it’s something that allows you to look forward. That’s the whole atmosphere of the ride. The discussions we have are based on what we are going to do now. We talk about going to school and people getting different jobs.”