Hero of the Week: Steve Gray 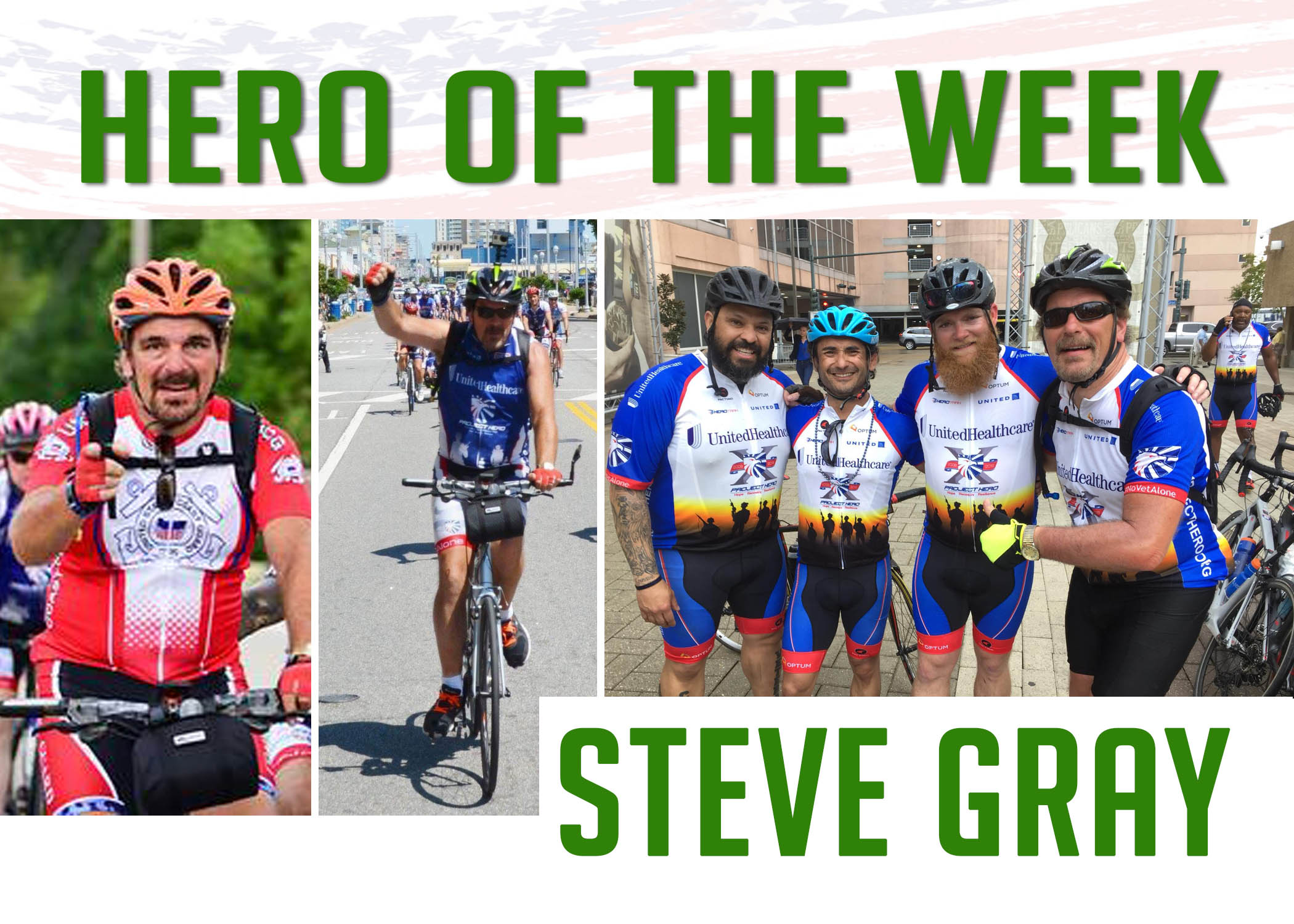 What HUB are you attached to: Ft. Smith

How did you learn about Project Hero:  Bought a jersey online with US Coast Guard on it and it had R2R on it and I had no idea what it stood for. 2016, my family was visiting Colonial Williamsburg and saw a bunch of cyclists come down the Main Street wearing the same R2R logos. A year later I would ride the same ride. The rest is history and my life at the age of 53 would change forever.

Other than cycling, what's your favorite past time:  Traveling and family time.

What's the last song you heard on the radio:  Hold on Loosely by 38 Special.

Would you rather ride uphill in the wind or downhill in the rain: Uphill, wind

If you could travel anywhere in the world where would you go: Maui