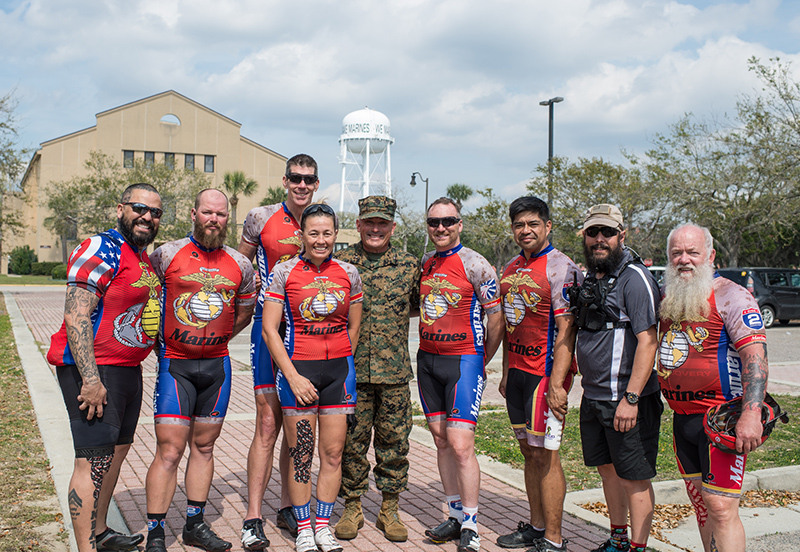 Last night we enjoyed a dinner at quirky and popular and legendary Savannah spot - The Pirate’s House.

After that experience, we were ready for the 80 mile ride to Yemasse, South Carolina, the third state on this Challenge. The riders were met this morning with sunny skies with scattered clouds and a light wind heading to north.  Riding on tree-lined roads into South Carolina, our first rest stop was at the Church of the Palms in Okatie, SC, where Pastor Pete and the staff welcomed us with waving flags and open arms. They said a prayer for us and suddenly, our morning headwind shifted slightly and was much more favorable. 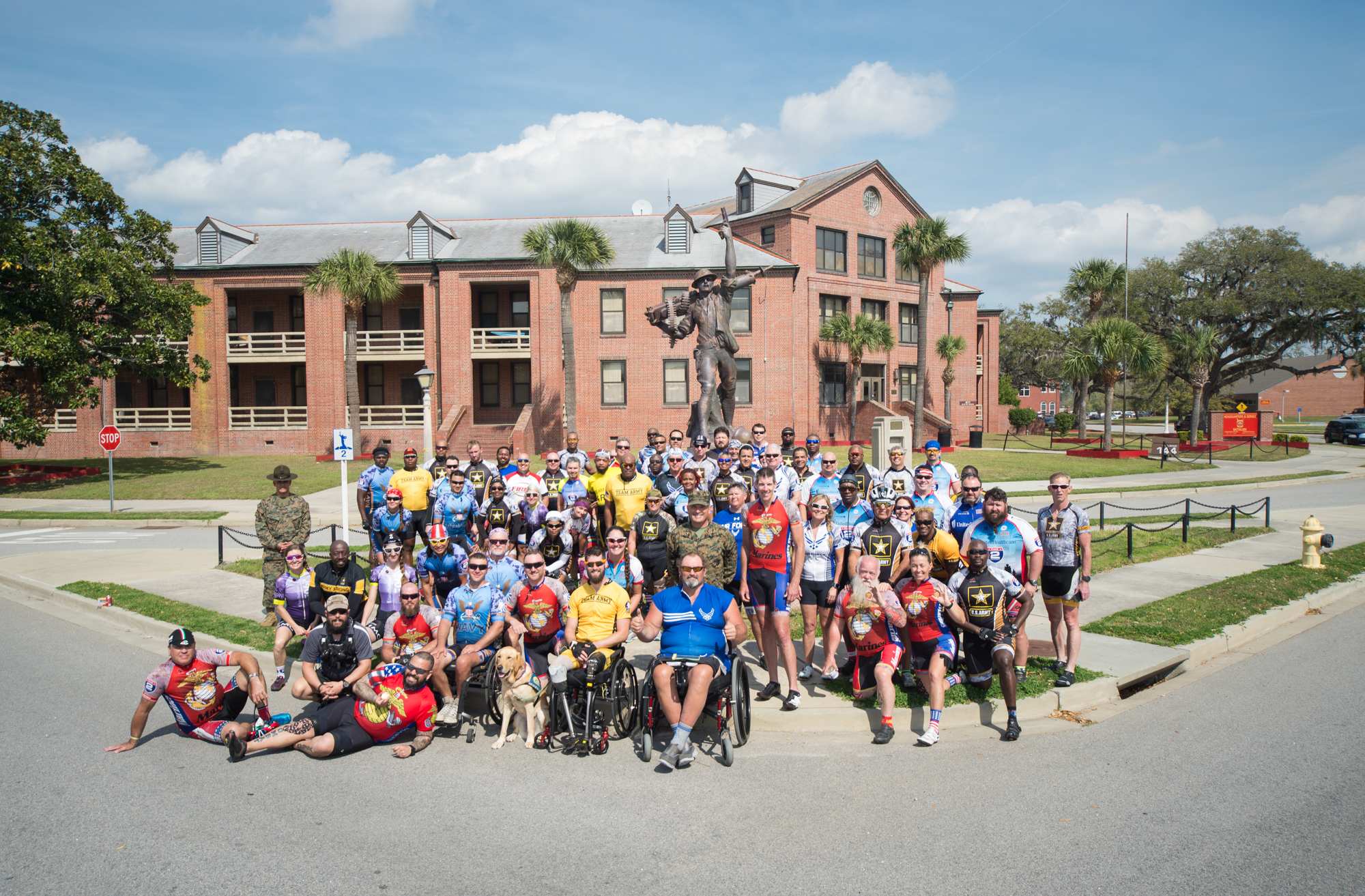 We left Okatie and headed for the hallowed ground for any Marine, the Marine Corps. Recruiting Center at Parris Island.  Our friends from the USO were waiting for us with another tasty lunch which was highlighted by a visit by the Base Commander General Renforth, who welcomed us. The General joined us for a memorable photo at the Marine version of the Iron Mike statue and his remarks were truly inspiring.  It was a great moment for Project Hero and truly one of the highlights of this Challenge for all of us.

We left Parris Island after lunch and headed to our first school visit at Whale Branch Middle School in Seabrook, SC. 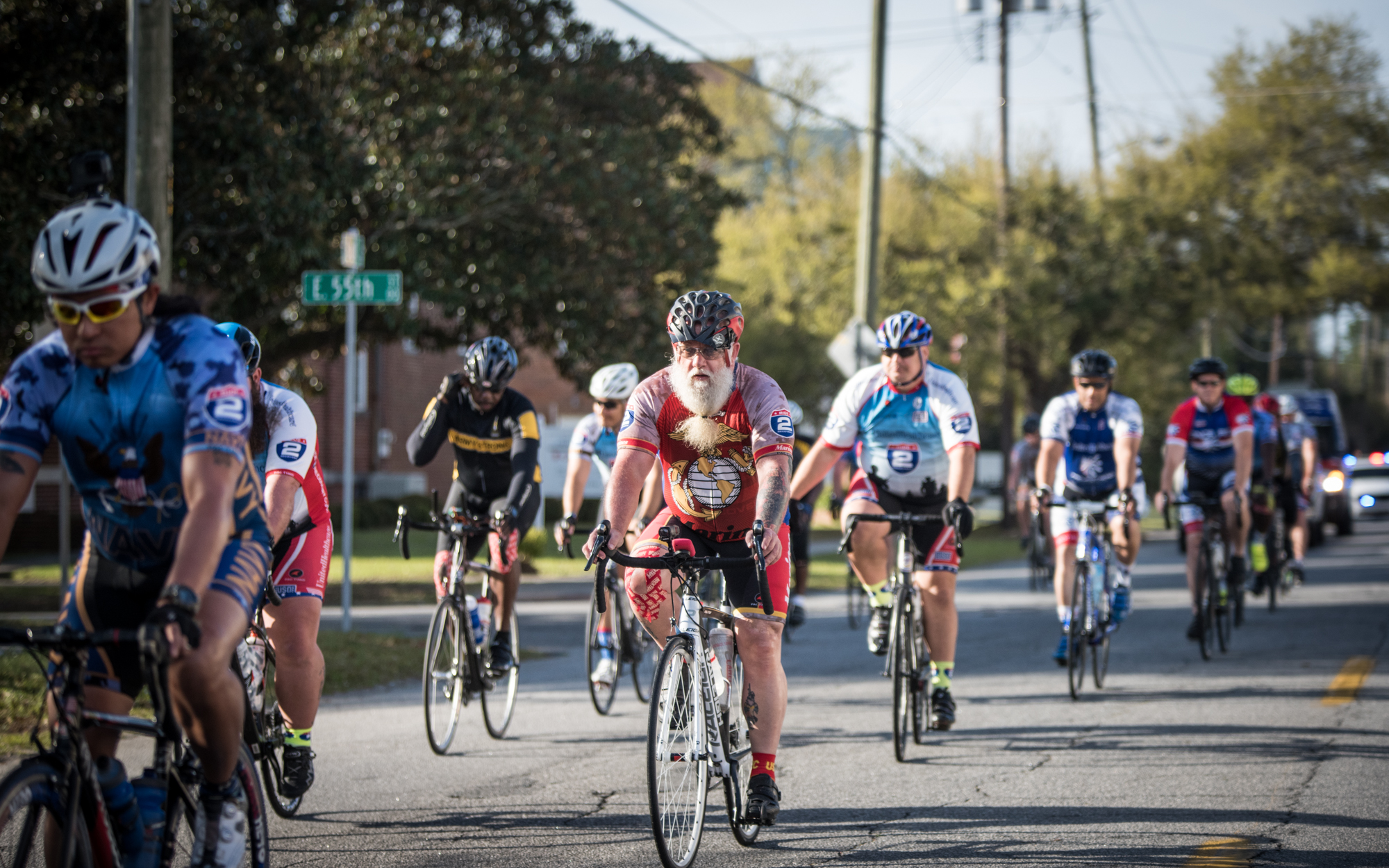 Since we visited Parris Island today, I thought it would be fitting to highlight one of our favorite Marine riders and Vietnam vet, Paul Wolf.   Paul was on active duty from 1972-1991 and served our country in Southeast Asia as a Designated Marksman.  After leaving the service, he faced challenges reintegrating into civilian life, and despite not coming out of his house for almost 15 years, was able to overcome those challenges through cycling with Ride 2 Recovery.  “I was angry, angry at everyone and wouldn’t even talk to people unless I knew they were a Marine. I was hating everything and drinking and thought, “this is it:  this is how I’m going to die.”  Then Paul heard about Michael Manning’s cross country ride and was inspired to make a change.  “I said, “I can do that!” he said.  “Ride 2 Recovery got me off the couch and got me in shape.” 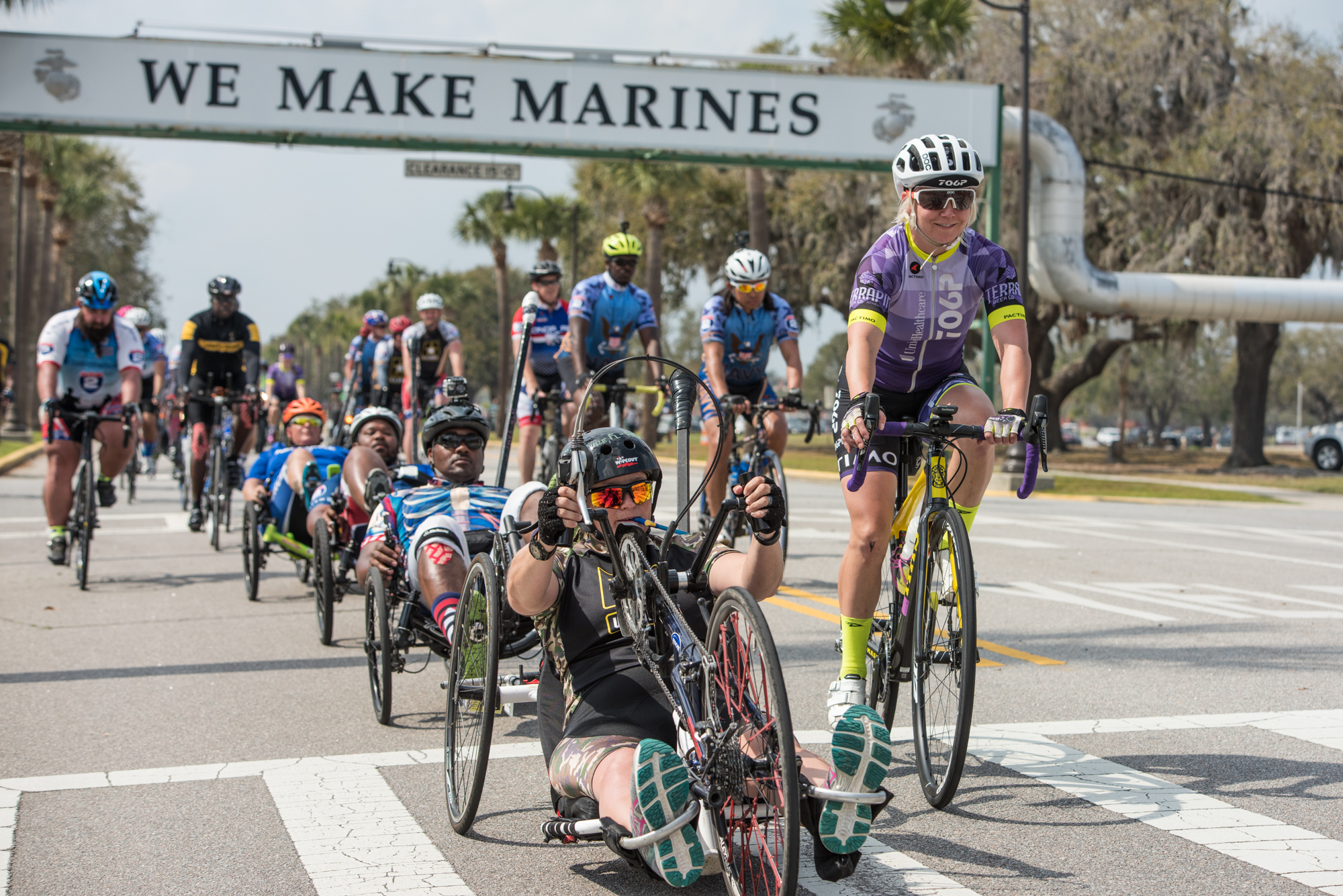 Paul began training but it wasn’t an easy start.  “It was one small step at a time and my first three miles on a bike nearly killed me!” he said.  “I thought, what the hell am I getting’ into?”  Then he was inspired by Andrea Graham to ride the California Challenge.  “I said to her, no way can I do that and she said “come on do it with me” and I did it!  I stopped drinking and instead of collecting motorcycles started collecting bikes.” Paul’s ridden 14 Challenge rides and numerous Honor Rides since joining Project Hero.

Now Paul inspires other Vietnam-era Veterans to ride with Project Hero. “Those guys say, “I’m too old, but I say look at me!  They go around the parking lot a few times, then around the block, then a few miles and soon enough they’ve got it.”  Riding with Project Hero has also inspired Paul to achieve some impressive athletic goals highlighted by his participation in the Golden Age Games last year where he earned a Bronze medal in cycling, a Gold in the javelin, finished fourth in the shot put and fifth in the discus competitions.  Way to go Paul!

Tomorrow is our first Century Day of the year as we ride to beautiful Augusta, GA