Bike for the Brave 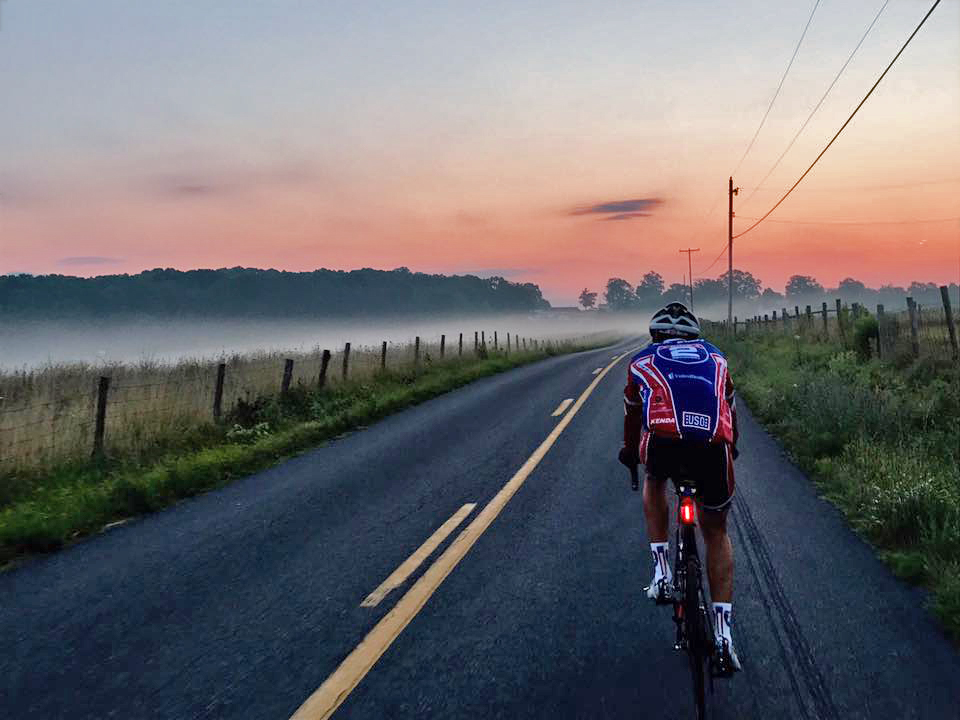 By Steven Blackwell
Steven Blackwell concludes his inspiring cross-country journey raising funds for Project Hero and honoring those who serve with a visit to the US Capitol and wreath laying ceremony at Arlington National Cemetery
It was early on the morning of May 16, 2015, that my world was rocked and the loss of a fellow cyclist left me beyond shocked.
I was fifteen years old at the time and setting out to complete my second career Double Century Cycling Ride in Davis, California. I found a group of friendly cyclists and joined their paceline but trailed towards the tail of the paceline when they ramped up the pace.
At mile five, we approached a T-intersection, and it was then that I witnessed the fatal results of an eighteen-wheeler tragically striking a cyclist. I was shocked and struggled to process and effectively cope with the tragic loss. My relationships among family and friends deteriorated. I found myself stuck in a downward spiral until a mentor suggested to me that helping others can aid the healing process.
Some time passed, and after a fair amount of thought, I was reminded of a childhood dream of mine: cycling across the United States. I put more thought into cycling before the accident.  I found myself reflecting on the priceless experience I had while riding the first day of Project Hero’s 2013 California Challenger Series. I then thought of how miniscule my circumstances were in comparison to the great sacrifices our Veterans and First Responders make daily. It was then that I started to plan what was soon to be a life-changing project.
The planning began, and as my desk quickly became a cluttered mess, bags from sleepless nights began to form under my eyes as the race was on.  I met with some of my mentors and sought guidance on how to plan and approach a project of this nature. Then, I picked up the phone and called John Wordin. He approved the plan, gave me wise words of wisdom and then the project officially began.
I dipped my wheel in the Pacific Ocean at Florence, Oregon, on June 12, 2017, and set out on a truly life-changing experience while raising funds and awareness for a truly remarkable organization, Project Hero.
Along my journey, I met numerous Veterans, First Responders and supporters. I had an even greater privilege of riding alongside a few of them, including Jeff Larson, Steve Gray, Kevin Binkley and Ray Clark, ultimately all riders who took part in the 2017 Great Lakes Challenge. I found myself striving to find a word greater than “inspiring” to accurately describe the time I spent riding alongside my heroes. I learned a lot about myself too while riding through the mountainous landscapes of Colorado and the flat cornfields of Kansas.
It was the little things I learned to appreciate, like Chamois Butt’r after doing six centuries a week, baby wipes when showers weren’t available for five days, and a warm fire when early morning temperatures didn’t rise above thirty degrees. I met many kind of people along the route, ranging from foreigners to ranchers, each with their own story willing to offer words of wisdom.
My faith in humanity was restored after countless acts of kindness were frequently displayed on the roadside by complete strangers. While the finish line became closer, my emotions grew stronger. I found myself contemplating whether to slow down or speed up. My therapeutic thirty-six-day journey was soon coming to an abrupt ending.
The solution was simple because everyone always tells you to pedal hard; and so we did, which made me realize every finish line is just the marking of a new starting line, and that my journey of giving back didn’t have to end with the completion of this ride.
On July 17, 2017, Kevin Binkley and Ray Clark brought me in to the finish line on the Capitol Steps of D.C. to be welcomed by Congressman Jeff Denham and Project Hero Staff Members Tiffini Skuce and Rodney Hall. Five days later, on July 22, 2017, I was privileged to help lay a wreath on behalf of Project Hero at the Tomb of the Unknown Soldier and commemorate the great sacrifices paid for our freedoms.
I thank John Wordin for running a remarkable program, Tiffini Skuce for doing an amazing job of capturing such precious moments and Peter Bylsma for his persistence in getting positive articles in the media.