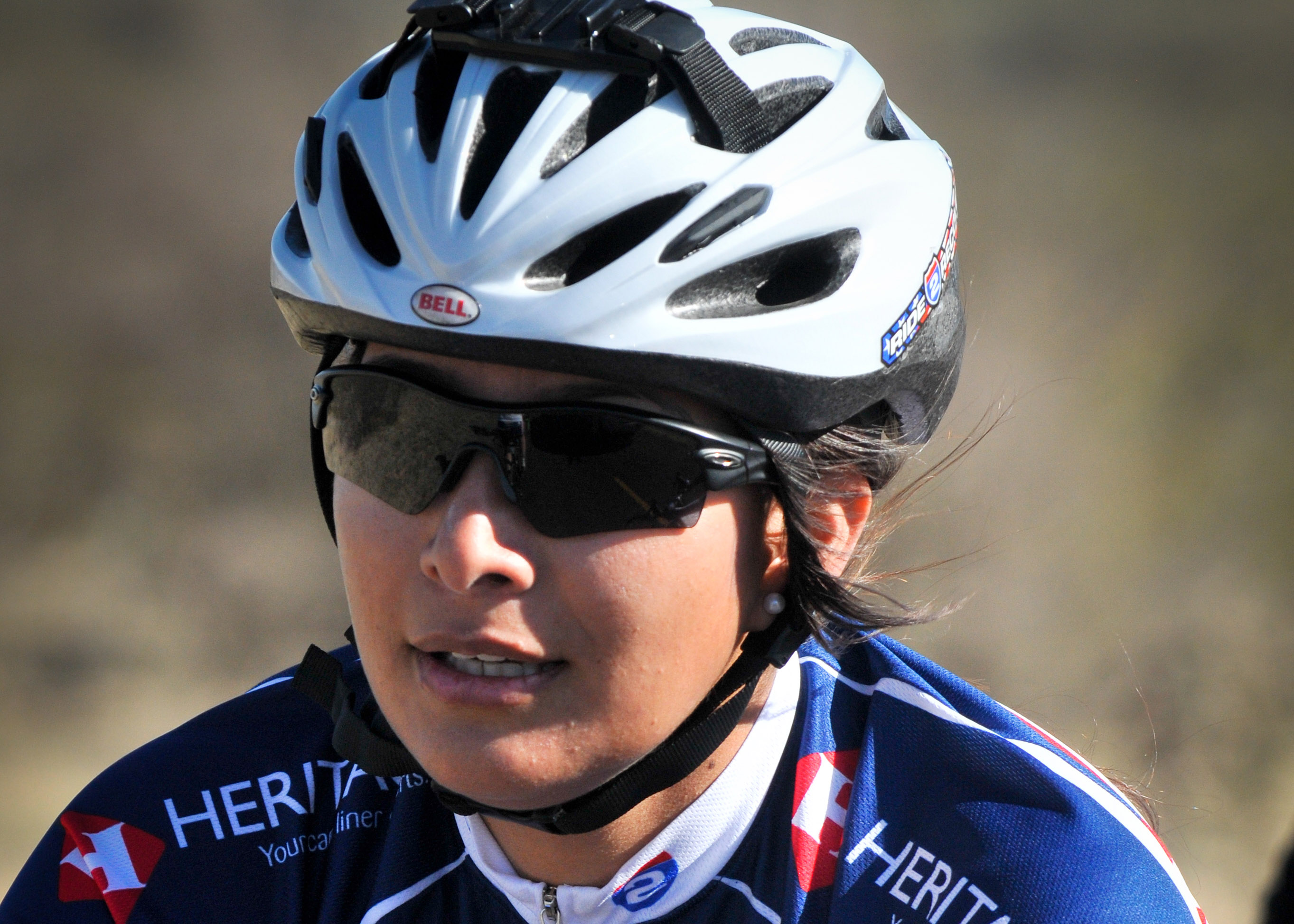 After sustaining a serious brain injury during a tour in Iraq it wasn’t easy for Andi Talley to return to civilian life – things had changed, she had changed, and not many people were able to relate to Talley’s story.
When returning to Texas for recovery, Talley slumped into a deep depression and began to feel helpless and unneeded. She felt as if her strength and resilience was stripped from her. “When you come back injured you fall into a self-pity party,” said Talley. “You see things differently than you did before and it seems like people don’t care.”
It wasn’t until a fellow soldier tweeted Talley telling her about Ride 2 Recovery, a cycling rehabilitation program for wounded veterans, that things started to look up for the injured soldier.
At first, riding a bike seemed impossible. “I was falling constantly, couldn’t switch gears or put on the breaks,” says Talley. “I was scared getting on that bike.” But, within one year Talley went from being unable to balance on two wheels to participating in 300-plus mile rides.
While her physical recovery felt slow at first, she was gaining something – a realization that she wasn’t the only person feeling disconnected and frustrated. “When I met other R2R riders I realized there are people who care and I’m not going through this alone – I’m not the only one,” says Talley. “The program changed my life.”
Her first ride was difficult with a lot of spills and scrapes “but someone took me under their wing and rode with me every step of the way. They wouldn’t let me stop no matter what.” After her first race, Talley was hooked. The self-worth and resilience she felt she had lost was back.
“That’s the greatest thing about the people at R2R, even though you doubt yourself they don’t doubt you,” she says. “No one is going to let you quit and you regain your confidence.”
Talley has since competed in several races across the country and continues to ride with R2R.
“This past year with the program changed me – mentally, physically, and emotionally,” said Talley. She became a stronger person and a stronger rider.
Seeing the positive effects of R2R, Talley is making it her personal mission to “pay it forward.” Currently, she teaches other wounded vets how to ride whether it’s on a tandem or showing them how to pedal.
This season the program was able to add 35 riders because of a large donation of bikes from Raleigh. “Thirty-five people is a huge number and we’re very thankful to be able grow the program,” she said.
Last week, Talley participated in the Texas Challenge Ride 2 Recovery. She was planning to bike the 343.5-mile course but due to a nasty crash with another rider on Monday, she was forced to spend a day out of the saddle. Nonetheless, a case of road rash and bruises didn’t stop her and by Wednesday she was back on the road.
While it’s only been a year since Talley joined R2R, she is fully dedicated to the program, “It’s proof that I can come back from war seriously injured and still do something rewarding.” She’s now to sharing that message and feeling of accomplishment with other veterans, “I want them to know they’re not alone.”