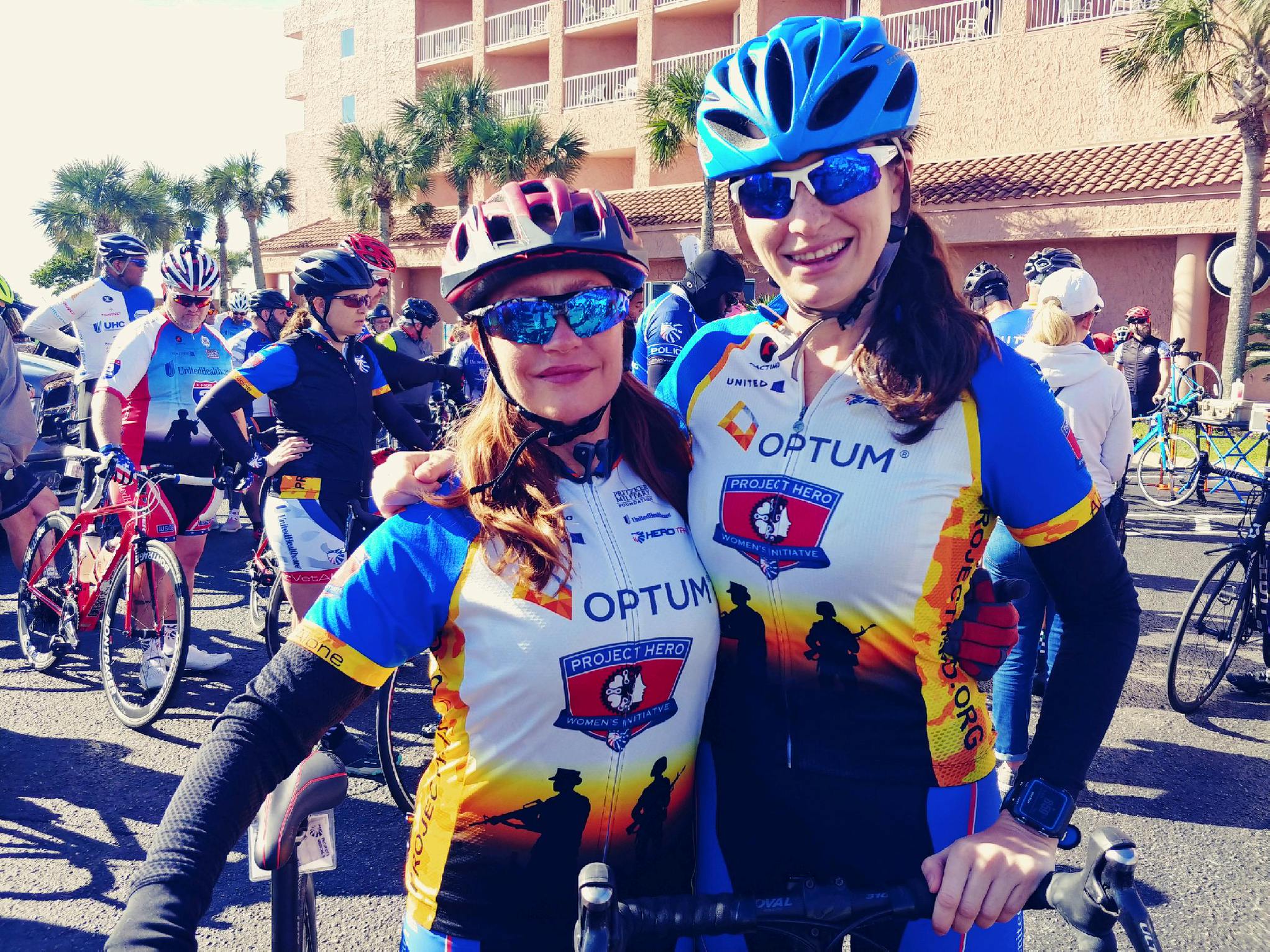 Today’s route from Orange Beach to Mobile through the countryside of Alabama featured the great patriotism of the people here. Thousands of school children lined the route and a great reception at the OWA Amusement Park, a huge American flag waved above us as we rode to breakfast hosted by the Groovy Goat restaurant.

Later, we would return to the USS Alabama for a Southern-style shrimp dinner (including some of the best bread pudding any of us have ever tasted) hosted by UnitedHealthcare.

Since today is Women’s Day at Project Hero, as well as International Women’s Day, we are honored to profile Jill Walsh, one of our most accomplished riders who is on her first Challenge.

A former New York State Trooper, Jill lives in Syracuse NY and is among the most successful competitive Paralympic cyclists in the world.  Her accomplishments include numerous victories at the national and international level including a Silver medal in the road race at the Paralympic Games in Rio.

After being a triathlete who was ironically not a very strong cyclist, Jill did not really like cycling but got involved with Challenged Athletes Foundation and in 2013 obtained a three-wheel bike.  Her mentor Steve Peace, who helped her get her first bike, recognized her skill and strength and encouraged her to ride competitively.

“I needed to get out and ride but at the time I did not know Project Hero worked with First Responders, she said.  “I found out they did and that lead me to sign up for the Gulf Coast Challenge.”

“Project Hero is all about military members and first responders helping each other. Everyone has made me feel very welcome.”

Tomorrow our journey west continues as we ride 60 miles from Mobile to Gulfport, MS.