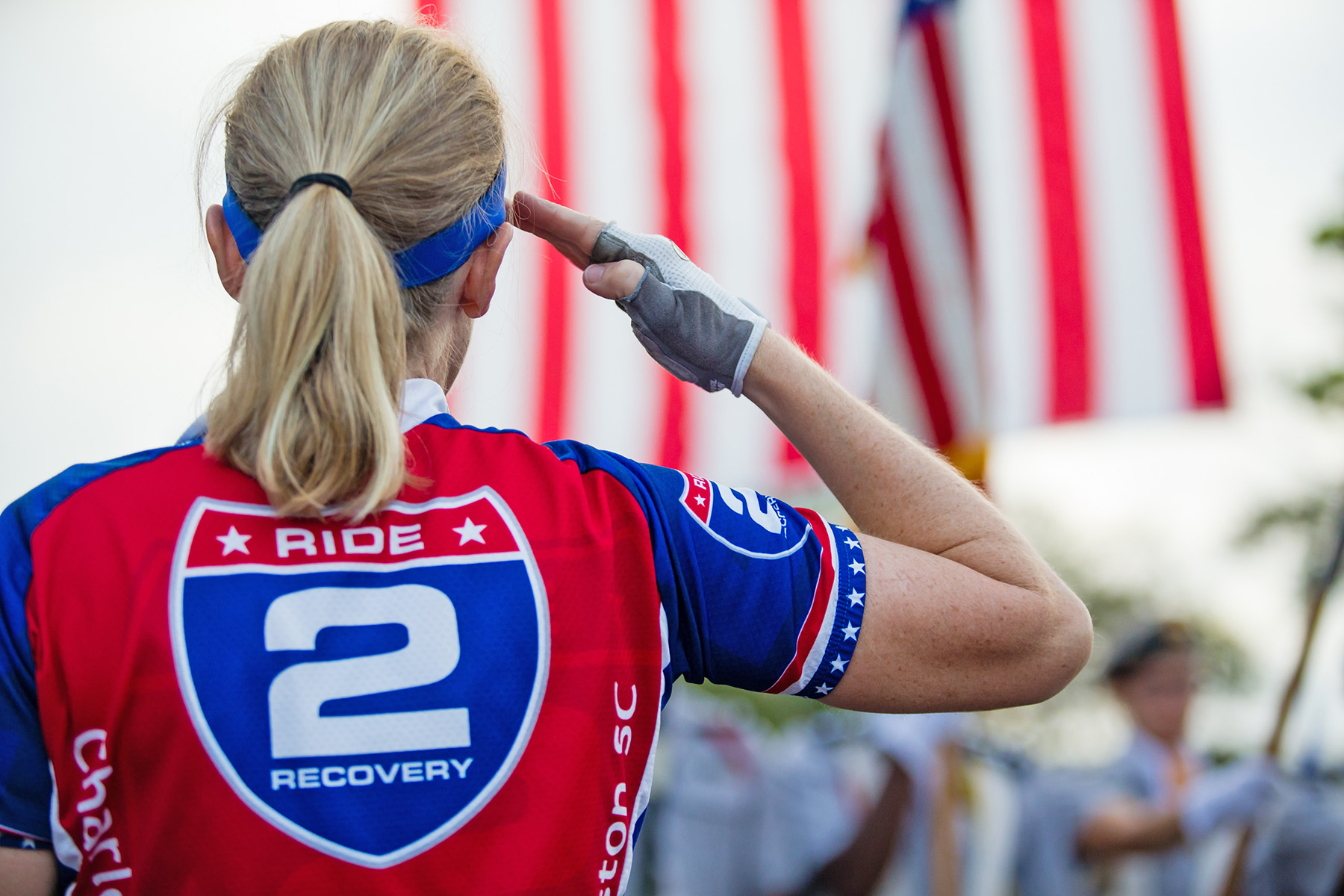 The fog had cleared and it promised to be a perfect day to ride bikes with Project Hero at the 2018 Optum Florida Honor Ride. Nick Volpicello, a Marine from Orlando, was on hand for his first Honor Ride.
“I’ve really been looking forward to this ride and I’ve been able to train for it,” he said.  “It’s great to be here!”
As Nick got himself ready for the ride, he was joined by hundreds of cyclists and supporters from throughout the state and the region for the Florida Honor Ride, which started and finished at Tropicana Field in downtown St. Petersburg.  The popular non-competitive event offered scenic, bike-friendly routes ranging from 20 to 60 miles and raised more than $85,000 for Project Hero.
“I love these rides,” Andy Berndt said before the ride. “I can’t wait to get going!”  An Air Force veteran who has taken part in numerous Project Hero Honor Rides and Challenges, Andy finished strong after his 40-mile ride.
The 2018 Optum Florida Honor Ride was highlighted by an opening pre-ride ceremony featuring remarks by U.S. Representative Gus Bilirakis, St. Petersburg Mayor Rick Kriseman, Greg Reidy, President of Florida Markets for UnitedHealthcare and was emceed by Optum’s Tom Moore.
“We’ve ridden only three times since March, but it doesn’t matter: we love the ride and supporting our veterans,” said Al Carter, an Army veteran from Tampa who was joined on the ride by his wife, Marlene.  “It was great!” she said after completing the route.
In addition to sponsors Optum and UnitedHealthcare the Florida Honor Ride was also sponsored by Raymond James, Raytheon, Duke Energy, West Pharmaceutical and Green Bench Brewery.
“The popularity of the 2018 Optum Florida Honor Rides clearly demonstrated leadership of Optum in supporting our mission on behalf of America’s Finest and their support was crucial to the success of the event,” said Mitch Lee, organizer of the Optum Florida Honor Ride, who also performed the National Anthem before the start of the ride. “Our sponsors and the support shown by the community has given hundreds of veterans and first responders in our area the opportunity to establish life-long relationships, accomplish personal goals and achieve the healing they need.”