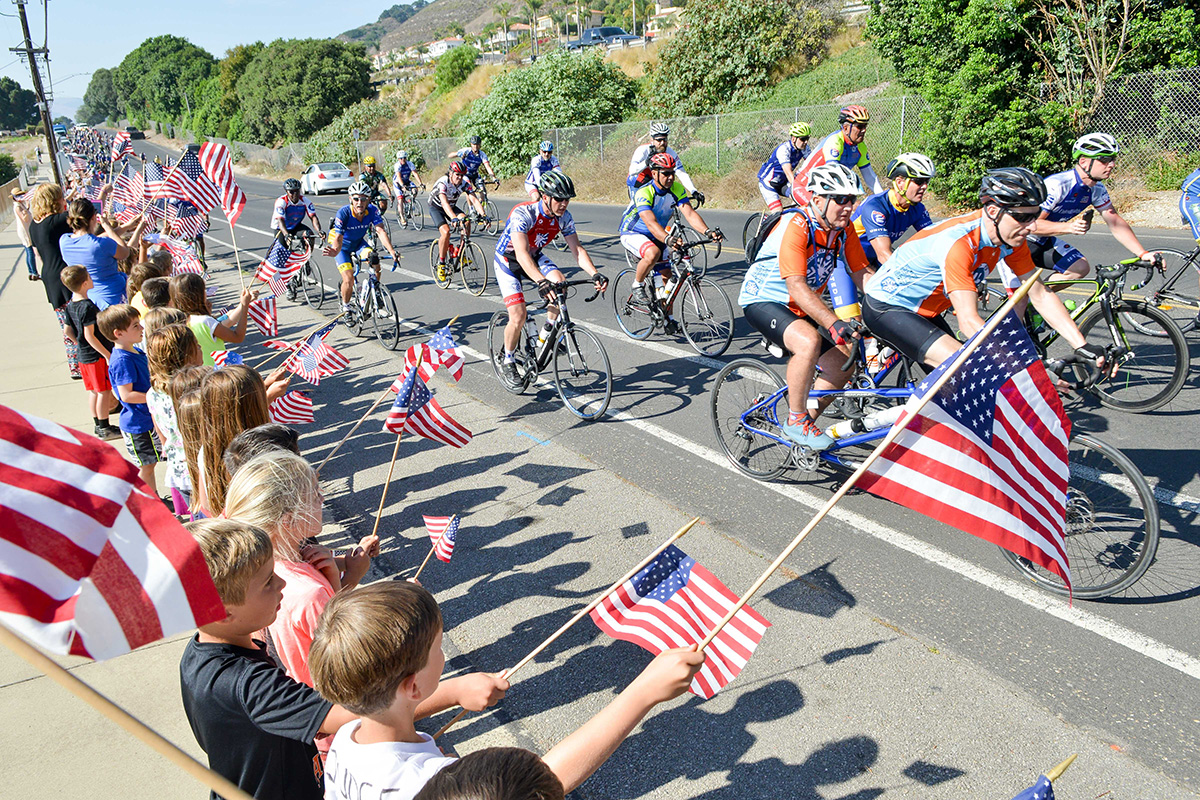 Our 54-mile ride today from San Simeon to Pismo Beach lead us down the coast on some of the most beautiful roads in the Golden State.  The 2017 UnitedHealthcare California Challenge presented by Boeing was not the longest on our ride, it was easily one of the most picturesque.
We started from with fresh ocean breezes and blue skies as we rode through the coastal towns of Cayucos, Morro Bay, and into San Luis Obispo for lunch.  This was the final USO lunch on this Challenge and all of us at Project Hero are grateful for their support, and their tasty sandwiches and snacks!
After lunch, we rode past Shell Beach Elementary School, where the students and teachers showed their support, and our day ended with a delicious dinner hosted by the Kiwanis that was highlighted by colorful remarks by Del Hollinger, a 91-year old World War II Veteran.
Today was Women’s Day on the 2017 UnitedHealthcare California Challenge presented by Boeing and it’s a pleasure to feature one of our most popular riders, Nekita Hunter. 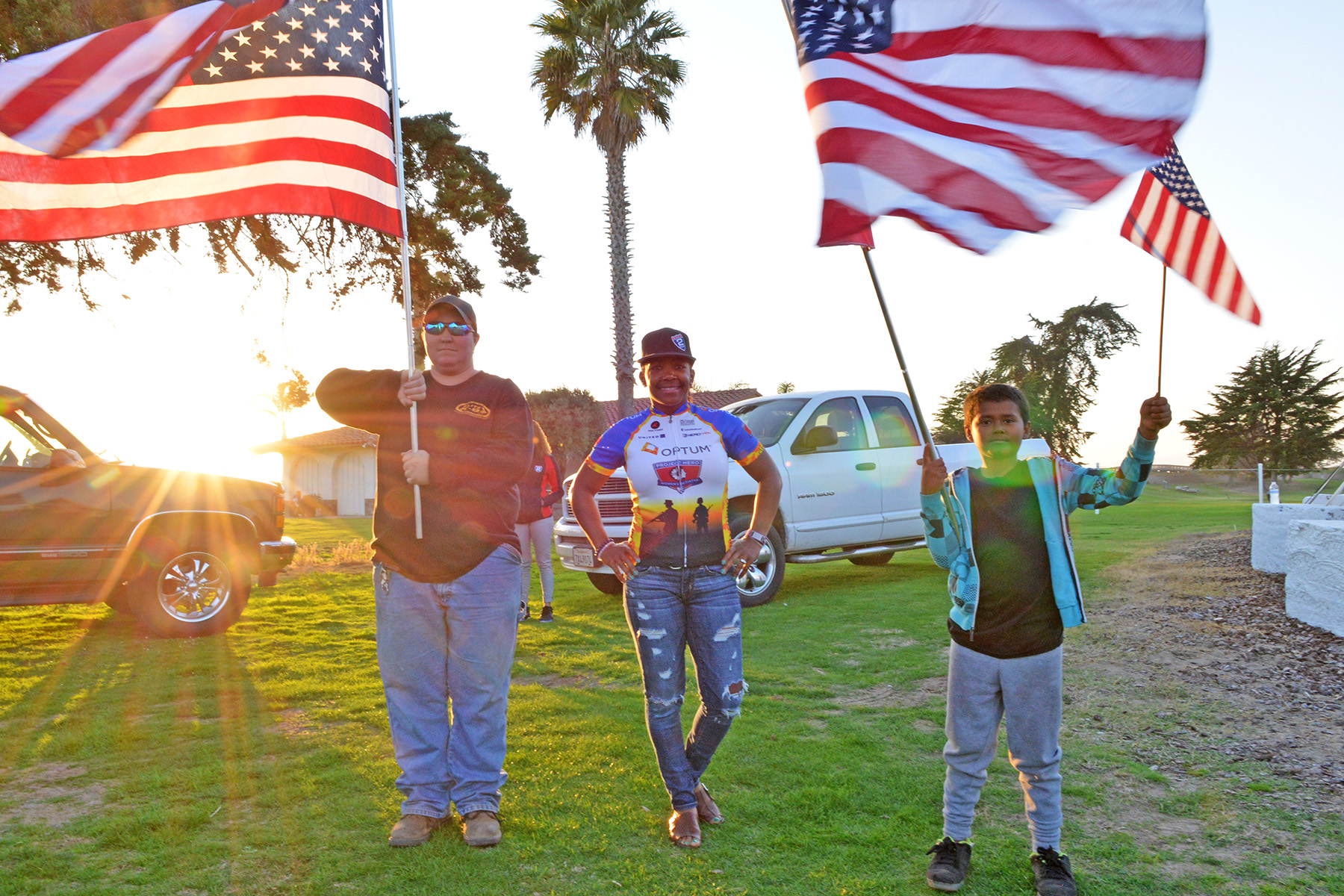 Nekita, who is known to her friends as Niki, is from Garland Texas, has been on 23 Challenges. She has served our nation in the Army and as part of the Walter Reed National Military Medical Center in the Warrior Transition Unit.  She served 12 years in the field and was deployed in 2009 to Iraq as a critical care nurse.
“The impact of Project Hero on me has been huge,” she said. “I lost weight and cut down on my meds and it was great to be around so many people I love.”
Niki’s first experience with Project Hero was riding the 2014 California Challenge. She started on a recumbent bike and by the time she rode the Texas Challenge later that year, thanks to the support of Project Hero, she was riding an upright bike.
“Project Hero is not just about cycling,” she said. “You can get over the hard places and anything you need, we’re here for you.”
Niki loves riding and wants Veterans and First Responders who need healing to ride with us. “Get on your bike!” she said.  “It’s like a freedom you don’t get anywhere else: the sights, the smells, the scenery, it’s like a high for me and it will help you.”
Tomorrow’s ride takes us from Pismo Beach to Solvang on a 73-mile journey that will be highlighted by our traditional ride with the students of Oceano Elementary School.
Media coverage includes:
http://www.ksby.com/story/36631371/veterans-and-supporters-on-bike-ride-through-california-stop-on-central-coast